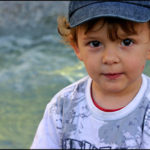 The book Heaven is for Real: A Little Boy’s Astounding Story of His Trip to Heaven and Back

is based on a true story of a young boy from Nebraska. It depicts the story of a young 4 year old boy who goes to heaven and back. He wakes up from surgery to tell his family and the medical staff about his journey.

The book covers the story of the young boy who has emergency surgery. He goes into a coma after the surgery. He wakes up and tells the amazing tell of seeing the doctor’s performing the surgery and talking around him. He talks about seeing his parents praying while they were in the waiting room – not even in his recovery room. He says his body was able to walk around the hospital but no one could see him.

The family immediately believed the boy and the story he shared with them due to the strong faith they have. Others though were quick to try to dismiss the claims by saying that he may have had a dream about heaven during his surgery and the recovery time while he was in a coma. Science experts often try to discredit such claims from medical patients or to poke holes in the stories that they have shared.

Yet it is hard to dismiss the credibility of a 4 year old child who obviously isn’t trying to get attention or to get a book written about him. He was just so elated to have been able to go to heaven and back that he wanted everyone around him to know about it! Heaven is for Real has its share of critics, but it is a heartwarming story from start to finish.

The book talks about this boy sharing details of meeting his sister in heaven. His mother had a miscarriage prior to him being born, and they had never talked about it with the young boy around. Yet he knew who she was. He also met his great grandfather in heaven – a man who had died about 30 years before he was even born!

The book was released in 2010, and was immediately part of the New York Best Seller’s List. It was written by the young man’s father, Todd Burpo. The book has been very popular in e-book form too, with over 1 million copies downloaded on the internet. In 2014, a movie was made about Heaven is for Real. It has been doing well at the box office, and further sparked additional sales of the physical and online book.