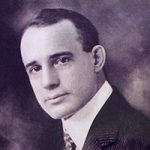 The Science of Personal Achievement
Timeless Lessons From the Pioneer of Success!

The world’s foremost producer of personal development and motivational audio programs now gives you a time-tested formula for self-motivation and achievement. In this rare collection of original recordings, Hill shares the success secrets he learned from the achievers who influenced him — Carnegie, Edison, Ford and the other legendary leaders of the early 20th century — and the common set of universal principles that Hill discovered at the root of their success.