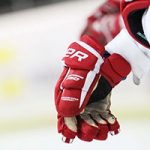 They called it the “Miracle on Ice.”

“It may just be the single most indelible moment in all of U.S. sports history,” Sports Illustrated wrote of the team’s gold medal run. “One that sent an entire nation into a frenzy.”

Another team that sent the country—or at least the part of the country that enjoys professional basketball—into a frenzy was the 1995-96 Chicago Bulls. Led by the likes of Michael Jordan, Scottie Pippen and Dennis Rodman, this team posted the best regular-season NBA record of all time (72-10) and went on to defeat the Seattle SuperSonics in the 1996 NBA Finals.

The 1980 U.S. hockey team and the 1995-96 Chicago Bulls were quite dissimilar. One was made up of little-known amateurs; the other of superstar professionals. One was a significant underdog; the other was a dominant force all year. Despite these and other differences, however, both could easily show up on a list of the greatest sports teams in American history.

The way these two groups of players melded together to reach their goals is inspiring, especially for people who value teamwork as much as I do. Individually, none of them—even the immensely talented Michael Jordan—could have accomplished what they did together. They needed each other to succeed.

As obvious as it seems to me now, I didn’t fully grasp the importance of teamwork until I was 40 years old. When I began to evaluate the first half of my life, I got discouraged because I realized I had not achieved what I wanted to accomplish thus far. I was disciplined, I worked hard, and I thought I was helping people. But something was missing.

Eventually, I realized what that something was. Although I had concentrated on developing myself, I had not focused enough on building a great team. That, I concluded, was a major mistake—one that had kept me from reaching my full potential.

This realization was so life-changing that it birthed one of my 21 Irrefutable Laws of Leadership—the Law of the Inner Circle—which says those who are closest to you determine the level of your success. Ever since then, developing my team been my No. 1 priority. Even today—more than 16 years later—I devote more energy, more time and more resources to growing my inner circle than to anything else. 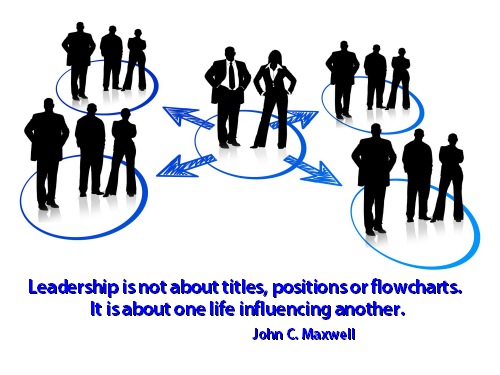 The results are well worth the effort because of what my team does for me.

1. My team makes me better than I am. If the members of my team were here, they’d tell you the same thing.

2. My team multiplies my value to others. These people don’t add to my worth when it comes to contributing to others; they multiply it greatly.

3. My team enables me to do what I do best. Because the members of my inner circle complement me and do things I don’t do well, I am able to focus on the things that I can do well.

4. My team allows me to help others do their best. Having a team allows me to move people around until they’re in what I call their “sweet spot” or “strength zone”—the place where talent meets passion, resulting in fulfillment and excellence.

5. My team gives me more time. Without this group of trusted colleagues, I’d have to do everything by myself—or at least keep a close eye on it all. With a great team, others can shoulder key responsibilities, freeing me up to concentrate on my top priorities.

6. My team provides me with companionship. I’m happy to say that some of my best friends are my team players.

7. My team helps me to fulfill the desires of my heart. Not only that, but they help me fulfill them in a way that often far exceeds my expectations.

8. My team compounds my vision and my effort. When you’re surrounded by a great group of people, the well-known acronym for TEAM really is true: Together Everyone Achieves More.

The best part is that these benefits don’t just apply to me. A great team can do all this for any leader who, as I did at age 40, stops trying to be a one-person show. As Andrew Carnegie said, “It marks a big step in your development when you come to realize that other people can help you do a better job than you can do alone.”

The 17 Indisputable Laws Of Teamwork
Embrace Them And Empower Your Team by John C. Maxwell
Written in the style of the bestseller The 21 Irrefutable Laws of Leadership, this book not only contains laws that you can count on when it comes to getting people to work together, but it tells them in such a way that you can start applying them to your own life today. Maxwell illustrates the laws of teamwork at work in every area of life, and he teaches the principles that will enable you and your team to succeed. Drawing from history, headlines, and his own life, each law has been proven and each law, when followed, will lead you closer to your goals. Teamwork is necessary, and knowing how to build effective teams will benefit every area of your life.