Brian Tracy is one of the country’s leading authorities on development of human potential and personal effectiveness.

He is a dynamic and entertaining speaker, one of a select few individuals who has the remarkable ability to inform and inspire audiences toward peak performance and high achievement. He is president of the Institute for Executive Development, a human resource company, and was formerly the chief operating officer of a development company with over $265 million in assets and $75 million annual sales. Mr. Tracy speaks four languages and has shared his winning insights with hundreds of thousands of eager men and women in more than 80 countries on six continents.

What Makes Brian Tracy Worth Listening To?

There’s a possibility that you haven’t heard about Brian Tracy yet – maybe no one has told you about his great successes. I certainly thought that something must be a little strange when I was told about how popular his programs are and what he’s accomplished. It can be tempting to just dismiss him as another “millionaire” with a lot of hype, but I took another look, and there are reasons you should as well. You see, Tracy is a renowned millionaire who has spent years helping people and groups the world over improve their chances of success. For thirty years, he’s spoken in nearly every field, and has written more than 45 best selling books, which are being or have been translated all over the world. People everywhere have taken a look at Brian Tracy and learned how to achieve their goals.

As a consultant for more than a thousand companies, Brian Tracy has been able to help businesses everywhere prosper, including some of the largest corporations in the United States. He’s presented over four thousand seminars in North America alone, and has spoken in forty additional countries. As a keynote speaker and seminar leader, Mr. Tracy speaks to more than two hundred fifty thousand people each year, and has written and produced more than three hundred learning programs in video and audio formats, also translated heavily.

Tracy was extremely successful before he got started with his own corporation, as well. He’s worked as a CEO for a major company, been successful in all kinds of career niches, speaks four languages and has worked all over the globe. He’s been in niches from sales to management to marketing, and he remains involved in international business situations.

Of course, Brian Tracy hasn’t always been a bright success. He never finished college, and ended up working menial jobs, including ditch digger, dishwasher and general laborer. However, he went from this situation to being a self made millionaire, and he did it by looking at how the truly successful thought and behaved.

Some people just have more success than others, but there are clear reasons why. You can find out more by checking out his tapes and books – I’ve certainly learned a lot from finding out more about Tracy, and you need to do so, too!

If you’re thinking about checking out the large variety of professional and personal development courses you can get from this millionaire mentor, you’ll be surprised by how many topics are covered. Sales, investment, personal improvement, management and lots of other topics have been covered by this soft spoken lecturer. Mr. Tracy almost certainly has the materials that can help you.

This self made millionaire has accomplished some really impressive things. Once you get started, you’re going to want to find out more about him – after all, to be successful, we’ve got to model ourselves after others who have also been successful. We can be just like Brian Tracy, the millionaire mentor, if we can only decide what we want and learn how not to take no for an answer.

What you just learned about Brian Tracy is just the beginning. To get the full story and all the details, check out a detailed an unbiased report of Brian Tracy at MillionaireProductReports.com 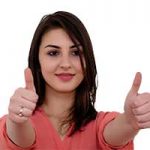 How to Achieve Financial Independence Faster and Easier Than You Ever Thought Possible Beginning from the premise that “Nobody is better than you and nobody is smarter than you,” success guru Brian Tracy outlines the path to achieving personal wealth … END_OF_DOCUMENT_TOKEN_TO_BE_REPLACED 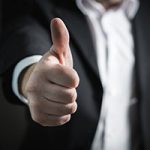 For more than 30 years, Brian Tracy has traveled and worked in over 30 countries, studying business, economics, philosophy, psychology, metaphysics, and entrepreneurship with the goal of discovering why some businesses are more successful than others. This practical guide to … END_OF_DOCUMENT_TOKEN_TO_BE_REPLACED 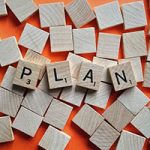 Ever wonder why some people never achieve much and never become what they dream of becoming? Blame it on pure dreaming and lack of setting goals for achieving their dreams. Setting goals is a very significant part of success and … END_OF_DOCUMENT_TOKEN_TO_BE_REPLACED

John Paul Getty became the richest man in the world by practicing a few basic principles of risk-taking and reward throughout his life. In this newsletter, you learn his key insight to risk reduction and success and how you can … END_OF_DOCUMENT_TOKEN_TO_BE_REPLACED

Success Is a Journey: Making Your Life a Grand Adventure by Brian Tracy is a metaphor for any success in life. This fast-moving narrative is rich with insights supplied by its now-older and wiser author, who has become famous worldwide … END_OF_DOCUMENT_TOKEN_TO_BE_REPLACED

This site hosted with GVO, Your Unlimited Web Hosting Provider